My Dad the drinker: Growing up with someone else’s addiction

At Counselling Online, we know it can be intimidating to approach a total stranger about what’s going on in your life. Meet one of our alcohol and other drug counsellors — Jennifer — and learn more about how her father’s experience with addiction encouraged her to become a counsellor. 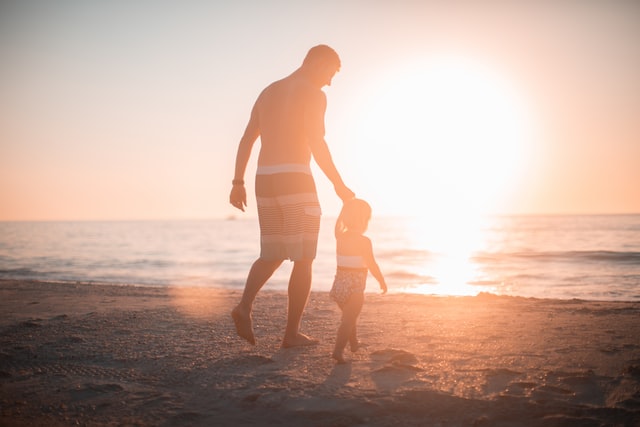 My dad began drinking as a teenager. His story is pretty similar to a lot of people throughout Australia. He started off drinking with friends on weekends and after school. This was during the 70s — it wasn’t really questioned. Then, at 17 he joined the army and was introduced to an entirely new type of drinking culture.

It was no longer just having some beers at a party or getting into a pub underage, it was drinking as a way to cope with any issues that arose. Accidents on exercise, deaths, or general frustrations were all dealt with through cases of beer and spirits in mass quantities. Over his seven years in the army drinking became the only coping mechanism my dad had. That hasn’t changed 40 years later.

Growing up I was aware there were some issues with my dad. My parents had divorced when I was a child, so I had no memory of them ever being a couple. While they were always friendly and spent every Christmas and birthday together, there were obvious cracks.

My dad would sometimes appear randomly at my mum’s, infuriated by something that made no sense, or he’d fail to rock up to planned events. He’d be dishevelled and sometimes seemed as though he hadn’t slept in days. It wasn’t until I was in late primary school that I really understood that the issues stemmed from drinking.

By the time I was aware of what was going on he had been banned from my primary school. After a blowout argument with the vice principal he had thoroughly embarrassed me at pick up time and earned the ire of other parents who were visibly concerned by his drunken behaviour.

I was acutely aware of how my dad was being perceived. That was almost the worst part. I felt incredibly responsible for how others saw him. I was worried that I would be seen in the same way as him. I hated him coming to get me from friends' houses, and told him point blank not to come to friend’s birthday parties. I was somewhat relieved when he was banned from the school, just so I wouldn’t be connected with him.

By high school things were substantially worse. Having a 5-year period in which nearly all interaction with your dad is marred in anger, broken furniture, trashed apartments and fights isn’t something you really want by the time you’re 20.

I was aware of my dad’s drinking. I knew it was the issue, but I didn’t know how to respond to it. However much I tried to make him change, I couldn’t. Ultimately I decided that he had made a choice to drink rather than have a relationship with me. I was filled with such intense resentment and hurt at what I saw as an unwillingness to change his behaviour for the better.

I was worn down after years of what felt like empty promises and poor choices. As a child I’d been dragged to AA meetings and doctors appointments. I’d seen my dad go in and out of nearly every private detox and rehab in Melbourne. I felt like all the time he’d invested in trying to help himself when I was younger had been wasted.

I had set boundaries. I told him I would not come over if he had been drinking. I would leave his house at 3 am after an explosive fight and refuse to go back. I thought I could compel him to change. I held onto the mindset that any compassion or understanding regarding his drinking would be enabling him and encouraging the behaviour.

For a two-year period I had almost no contact with my dad. For a time, I took out an Intervention Order against him.

Now, we have essentially rebuilt our relationship. I can’t say that the anger that I felt when I was younger isn’t still there, and I know I’ve been incredibly lucky in having strong support systems around me.

I know now what my dad needed was support and connection. He found that in his second wife who has been an incredible support over the past decade.

He is now incredibly unwell and dealing with the physical effects of lifelong addiction. As his family we’re having to grapple with every possible outcome, and the reality that myself and my step-siblings might not have him around for some of the more important milestones in our lives.

Everyone deals with their parents' addictions differently. I had the immense privilege of having support and access to counselling and education about substance use. I now know that it is far more complex than I understood as a kid. I understand why for some people, rebuilding a relationship with their parents who had a substance use disorder is never going to be a reality.

There are still days when I feel entirely overwhelmed, wishing that I had had a more settled childhood. I still worry about how people view my dad years down the line, and am concerned that I will be viewed in the same way. I can see now how much the stigma of addiction has impacted my own anxieties and did contribute to my own feelings towards my dad and his drinking.

While I am more aware of how damaging the stigma which surrounds addiction is, and try my best to tackle it, I have to acknowledge that it’s there and that it does impact how I talk about my dad and his past. I want to protect both of us, and worry that when people hear about his drinking he will be seen as a bad father, which isn’t the case.

Break down the stigma

Stigma makes it difficult to be open about addiction. Secrecy is damaging for everyone involved and can so often leave loved ones feeling abandoned. Being honest with those around me about my dad was revolutionary and meant that I could build up the support I available to me, and thus better support him.

While I do still have anxieties about talking openly about it, I think that it’s an important and beneficial discussion to have. I hope that over time, the stigma is broken down fully, and people have the opportunity to speak candidly about the impact that substance use has on those they love.

For now however, getting support and taking it one day at a time are the most valuable things I’ve learned along this journey.